The Benegas Family deeeply linked to the wine industry development in Argentina.
For most of the 19th century, the province of Mendoza was dedicated to the production of alfalfa and wheat for the purpose of fattening the cattle brought from La Pampa by foot and destined for Chile – Argentina’s most valuable meat importer at that time. With the arrival of the railroad in 1884, the need for locally sourced alfalfa and wheat declined and Mendoza plummets into a deep economic crisis.

As a result of this crisis, the budding wine industry became one of the focus of the province. And, from then on, the Benegas family name became linked to Mendoza’s wine industry.
Don Tiburcio Benegas was the descendant of an illustrious Argentine family. The Treaty of Benegas, signed in 1820 at his grandfather’s farm, was the first Independence War’s peace agreement between the provinces of Buenos Aires and Santa Fe.
He was twice National Senator, three times Governor of the Province of Mendoza and two times Argentine Ambassador to Chile. Don Tiburcio Benegas was also a pioneer of the wine industry: he promoted Mendoza’s irrigation system; enacted the water law; he crossed the Andes Mountains on mule looking for vine cuttings in Chile; then traveled to France looking for French varieties; he wrote an essay on white and red varieties, and was instrumental in the building of the first dam in Mendoza.

He was a visionary. Don Tiburcio’s father in law Eusebio Blanco, was not only a constituent for Mendoza in the Constitution of 1853 but also instrumental in French Agronomist Michel Pouget’s arrival to Mendoza. Pouget founded the Quinta Normal de Mendoza and was crucial to the emerging Argentine wine industry. Eusebio Blanco’s love for viticulture inspired Don Tiburcio.
Don Tiburcio gave away vine cuttings to all of those who shared his vision with the purpose of increasing the number of wineries and establish Mendoza as the premier wine region in Argentina. And, from 1883 through 1920 the planted hectares of vines increased from 2,000 to 40,000.
In 1883 Don Tiburcio founded El Trapiche Winery. Tiburcio Benegas was one of the three pillars of the wine industry in the Americas, together with Silvestre Ochagavía Errázuriz in Chile and the Hungarian Agoston Haraszthy in California.

In 1970, El Trapiche and all its assets, including the brands were sold. However, they did not sell their surname, preserving the Benegas’ name through the generations. 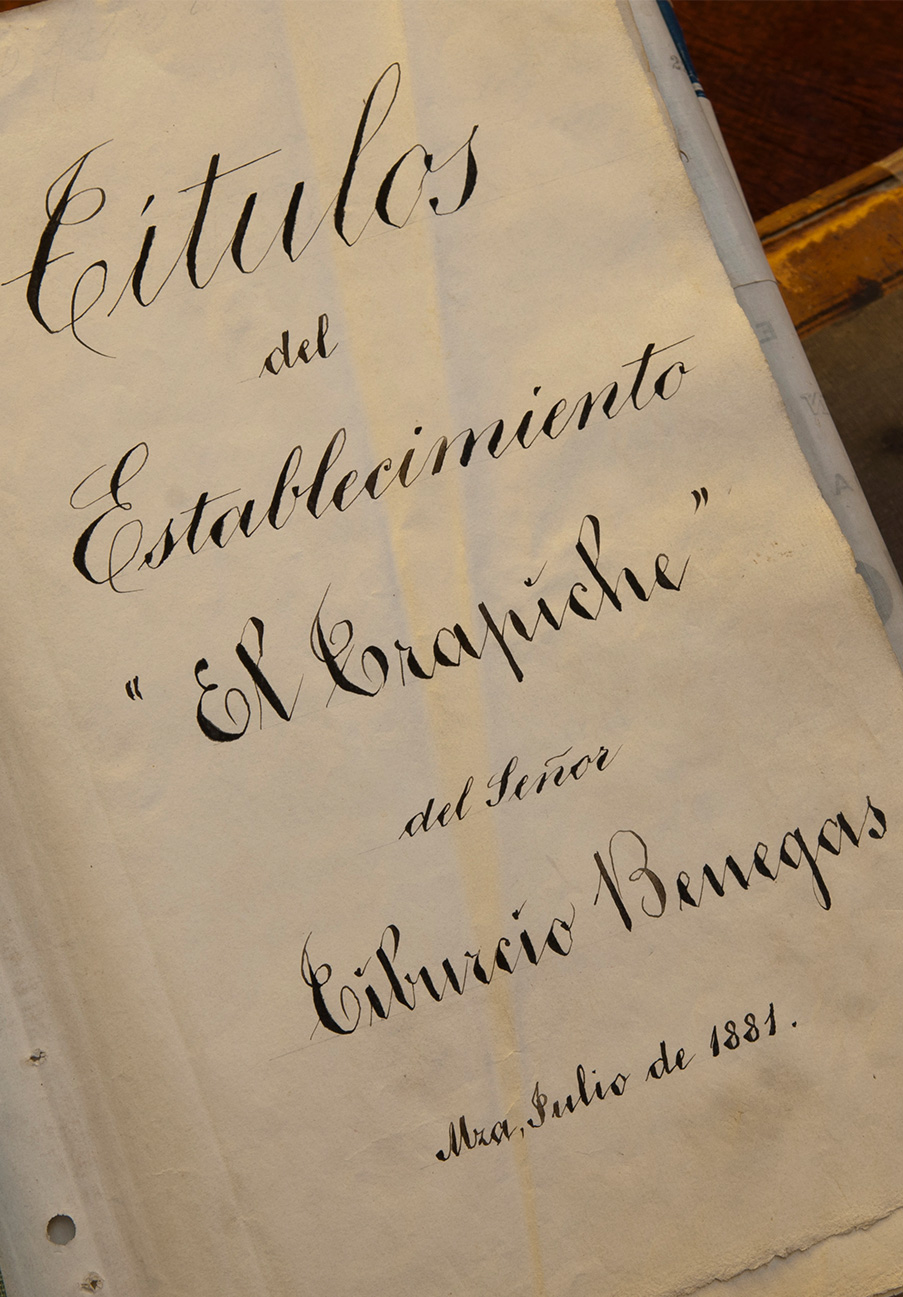 DON TIBURCIO, A VISIONARY, USING GRAVITY WINEMAKING AT HIS WINERY.

Don Tiburcio built the first gravity-fed winery in Argentina using rail-mounted vans on the vineyards and from them to the winery, whereby means of an embankment system, the vans went up to the winery to unload the grapes in the vats. 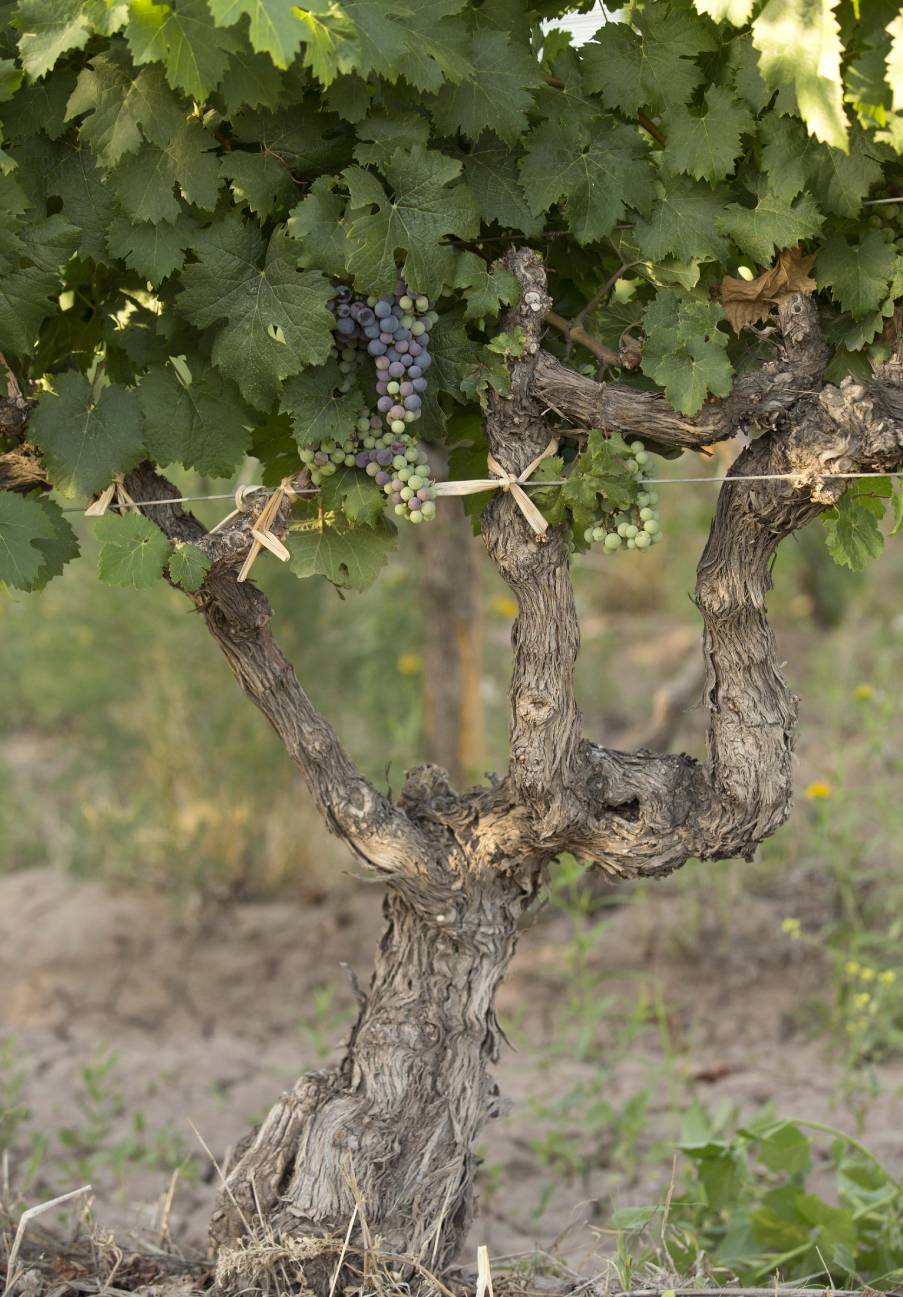 Don Tiburcio planted in Finca La Libertad his first vines brought from France. Now a days, we still have at Finca Libertad one of the oldest Cabernet Franc vineyards in the world, with more than 100 years age.

Federico Benegas Lynch was born and raised in the El Trapiche winery until it was sold. From a young age, his father had taught him how to blind taste wines.
Under the guidance of Angel Mendoza, Trapiche’s head winemaker, Federico Benegas Lynch repurchased in 1999 the old vineyard Finca Libertad that had belonged to his family, and was planted by Don Tiburcio. Federico’s mother then gifts him with the Benegas brand.

In 2000 Federico Benegas Lynch buys a 19th century winery, and rebuild it, adding state of the art technology while keeping the history in the walls and pools.
With the Finca Libertad, the winery and the brand name, Federico starts to produce his own wines under Bodega Benegas.